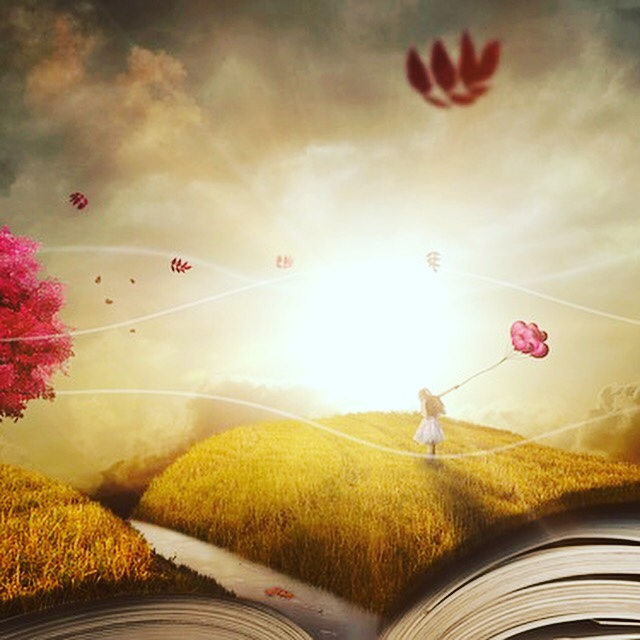 Inside a musky apartment living room stricken by poverty, a thick book lay open on an antique wooden end table next to a cracked window. A spider’s silver web is perched along the sill, glistening in the light of a flickering street lamp and casting an eerie shadow across the stained area rug.

The book’s spine is dry and brittle, ripped in a canny resemblance of the web, and the black ink is faded but legible. It’s evidence of another time, created by a brilliant imagination long since gone.

The abandoned page left open lifts and makes the most musical crinkling sound as the reader rushes past the forgotten book and briskly reaches for the knob. The door slams closed soon after, the reader late for his nightly obligations. The walls shake with the resounding boom and plaster peppers the curling yellow tile dated back to an era when the reader himself was just a dream in a young wife’s prickling mind.

As the ruffled page floats back to a resting position, the book releases an exasperated sigh, alone at last.

The book wastes no time. A glow emits from the spine, traveling along the frayed edges to the wrinkled pages, banishing the couch’s shadow with brilliant white light. The book’s letters lift and raise blades of bright green grass, and the punctuations pop chirping purple crickets from one sentences to the next.

A groan rumbles from within as the plot shifts. The page numbers and heading lift from their typed positions and transform to puffs of churning white fog. The white hovers a foot from the book’s open surface, now clouds that fold and reshape too quickly.

A character giggles, the sound deep inside the first chapter, and nimble fingers part the grass from within. A petite red-headed girl climbs through the blades, wiggling her hips to squeeze the rest of herself through. It’s as though each of the following pages were merely steps to a landing.

Breathing deep, she stretching and fills her lungs and closes her long-lashed eyes. A mischievous smirk puffs her rosy cheeks and she imagines the outside street lamp a sun warming her pale skin.

Bending, she touches the dewy grass with one finger, a firm poke that digs at the parchment. The novel’s cover shudders with delight, the author’s pen name – originally male gendered – rearranges to that of her birth name, and the title’s text expands, obligated to heed the child’s simple request. A shiver rakes up the damaged spine, and the clouds descend in a swirling vortex with the story’s climax producing lightening flashes in the core. Finished with their work, they return to the small sky and a pink-leafed tree appears, it’s roots burying in the pages before.

A sound of glee bubbles in the small girl’s chest, and after she hugs the tree’s young trunk and smooth bark, she skips through the grass singing a tune that would charm her story’s roughest antagonist, more courageous than before.

Welcome to my brain when I see a picture.