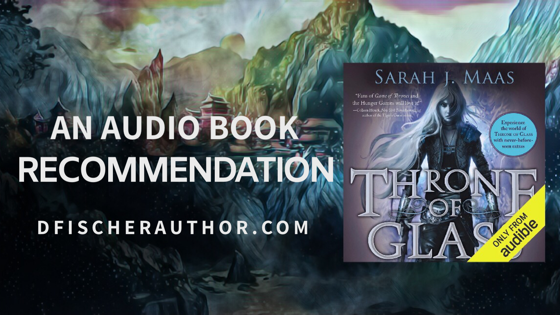 There’s been a lot of hype surrounding author Sarah J. Maas and her gripping books. Upon the whispers in the reading community, I naturally grew curious.

I don’t have a lot of time to sit and read books, though I make a point to a few times a week. I find it easier to select from the many novels available in Audio, enjoying the tales told by a talented voice actor or actress.

So when I grabbed this book on audible and dove in, headphones and all, I could immediately see why Sarah J. Maas is sweeping up the popularity vote.

The woman has talent. Her writing style is clean with hints of beauty behind every sentence. The style isn’t overpowering, yet with a few simple words, she can pack a serious emotion punch.

The characters were so believable, the world so enthralling, I would find myself making excuses to listen instead of tending to my own responsibilities.

Celaena Sardothien is a badass assassin with many secrets to behold, and, currently in the middle of book three, the secrets are beginning to unfold. My, my how this author can weave a wonderful, twisted tale. Between each purchase of the next audio book, I would rewind the entire story and listen again, picking up hints of things I didn’t catch before.

Below is the book information. Check it out! 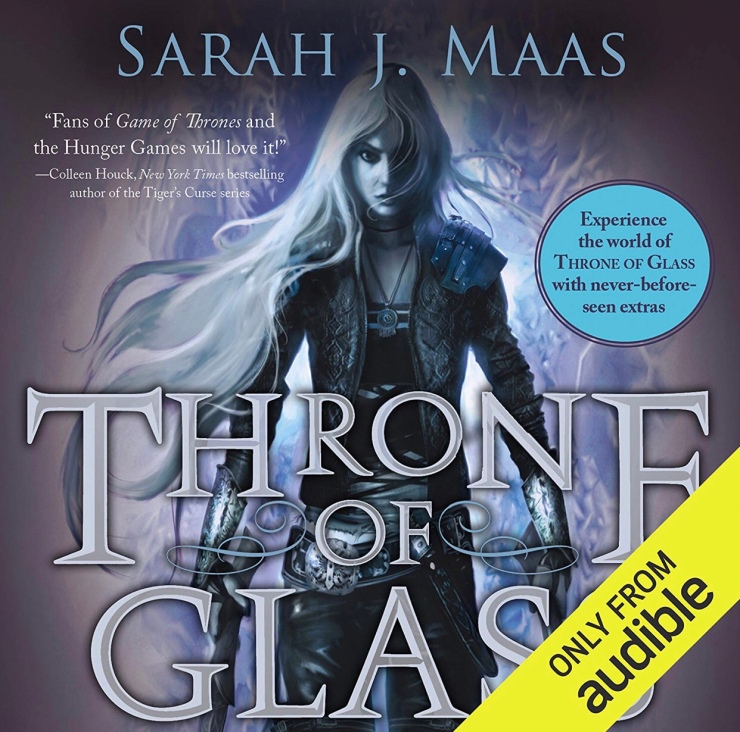 After serving out a year of hard labor in the salt mines of Endovier for her crimes, 18-year-old assassin Celaena Sardothien is dragged before the Crown Prince. Prince Dorian offers her her freedom on one condition: she must act as his champion in a competition to find a new royal assassin.

Her opponents are men-thieves and assassins and warriors from across the empire, each sponsored by a member of the king’s council. If she beats her opponents in a series of eliminations, she’ll serve the kingdom for three years and then be granted her freedom. Celaena finds her training sessions with the captain of the guard, Westfall, challenging and exhilirating. But she’s bored stiff by court life. Things get a little more interesting when the prince starts to show interest in her… but it’s the gruff Captain Westfall who seems to understand her best.

Then one of the other contestants turns up dead… quickly followed by another. Can Celaena figure out who the killer is before she becomes a victim? As the young assassin investigates, her search leads her to discover a greater destiny than she could possibly have imagined. 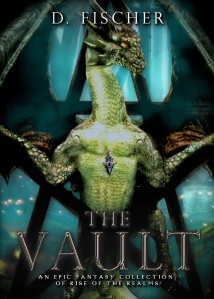 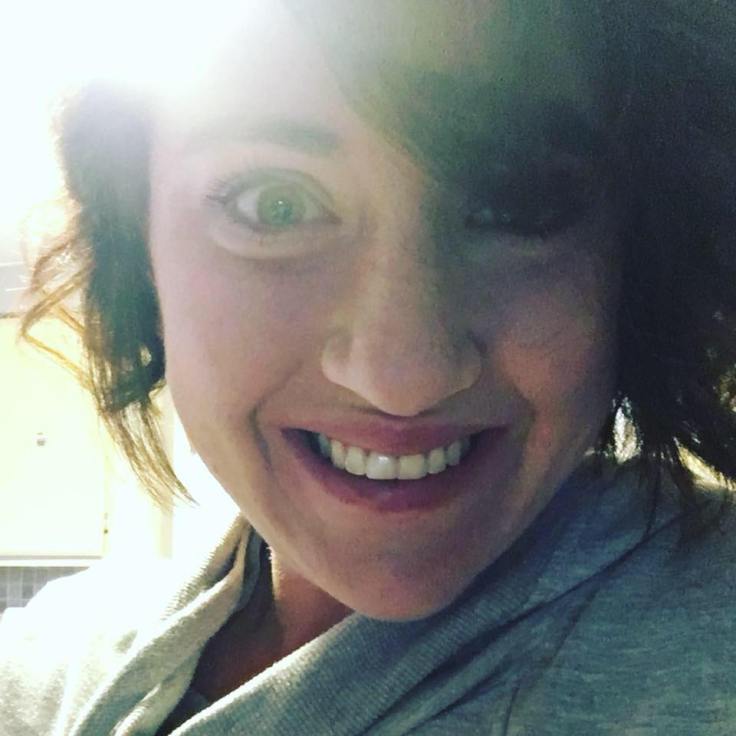 It’s 10am and I’m still in my PJs. Cabin life suits me.
All the bugs are chirping 🤩. We are truly enjoying our time here.
My heart ❤️❤️❤️ camping day two has proven a little rainy, but it isn’t stopping this cuteness.
We made it to our vacation destination! Time to grab an adult drink and lounge in nature!
Loading Comments...
%d bloggers like this: