Today’s book recommendation is from a very sweet, talented gal. I’ve read her work before, and I know she’s worth it.

In this post, we will be recognizing books Chavalier and Rogue, two novels in the Paragon Trilogy. I’ve spoken with Author Bree M. Lewandowski, and the next installment will be out very soon!

FISCHER: Tell us about your series. What has you excited to share them with the reading world?

LEWANDOWSKI: This series was something I’ve always wanted to accomplish as a writer. Ever since I sat down with J.R.R Tolkien’s The Hobbit, I’ve wanted to pen a fantasy adventure. But, for me, as a writer, it’s gotta be a love story too. The Paragon Trilogy incorporates a recognizable world with imperfect heroes and heroines. It’s a little Regency and a little Narnia too.

FISCHER: What makes your series more unique than the other books on the market?

LEWANDOWSKI: There are so many wonderdul fantasy stories for readers to get lost in. But I’d like to think that these books offer characters who seem a little larger than life, but who still are relatable. The men are brandishing swords to save a nation, full of power and might, but could be dropped to their knees by the command their women have over them.

FISCHER: If you could choose one line from the series that best describes the books as a whole, which would you choose?

“Is this how we are to win the war? Two fallen knights and two loyal women? May it be and so be it.”

Here’s a little info on both books. 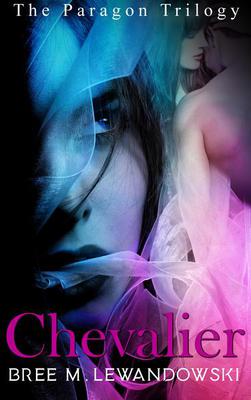 Linah Morane, a well-known woman of Meridionalis has been scorned and taunted her entire life due to her abnormalities. After the humiliation of being abandoned at the altar, she humbly accepts the unexpected marriage proposal to the King’s Vizier, Kohl. Her heart still fluttered each time she fondly remembered their first and only dance together.
The depth in her eyes was emphasized by the rare hue of cerulean that peered into his soul. Those eyes had stopped the very beating of Kohl’s heart. He had fallen in love with her that very moment. Over the years, her poise and grace to overcome the whisperings were admirable on a royal level. Then fate arrived and Kohl lept at the opportunity to have Linah as his bride.
Seeking safety for his wife after learning of impending war, they journey through the forests and mountain caves until Kohl is mortally wounded. Linah turns to the Nightingale Queen and her gift of healing for help, but is unaware of the damaged past the Nightingale Queen and her husband share.
Secrets are exposed and loyalties shift in this thrilling tale of love and war! 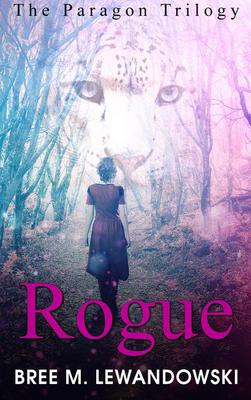 War was imminent. It was only a matter of time before it reached her lands.
The Rubiconds were marching to attack Meridionalis which would only end in a battle of bloodshed and lives lost, but after receiving a letter from the father she had never known, Abra Arendel sets off on a quest to meet the only parent she has left.
While on her journey, an unfortunate incident leaves her fatally wounded and left for dead. Regaining consciousness, she finds herself in a bathhouse where she meets a charismatic smuggler named Saya.
Needing to blend in among the wealthy to sell ill-gotten gains, Saya proposes a scheme for he and Abra that will benefit them both. But the plan goes sour when passions ignite and vengeance rears its beautiful head.
Desperate to reverse a spell cast on him suddenly, Saya reaches out to Kohl, the one person in the Court of the Rising Sun that he knew could help.
Tensions are high and so are the stakes in this fantastic tale of love, loyalty, and fate.
The saga continues with Rogue!

DO YOU LIKE SHIFTER BOOKS? CHECK OUT D. FISCHER’S COMPLETE SHIFTER SERIES!